Posted on July 1, 2015by chelwoodbridgerotary 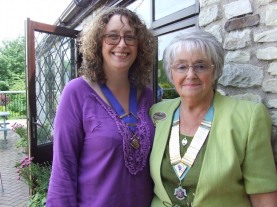 It has been a good year for the Inner Wheel Club of Chelwood Bridge’s mother and daughter team Linda Quinn and Sam Jordan. Linda has enjoyed her year as South West District Chairman, while her daughter, Sam also enjoyed her year as the club’s President.

Sam began her year rowing for her chosen charity the Great Western Air Ambulance (GWAA). She was rowing 1k for each time this charity had flown the previous year ( 1,671 times) and was hoping to raise £1 for each kilometre rowed. After raising a whopping £1,750 with a 50s/60s night, she raised a further £3,000, thanks to sponsorship by her family, friends, and colleagues at work as she rowed her way to success. 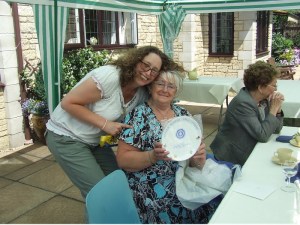 Meanwhile, Linda had chosen the Theodora Trust as her charity. Together with her knitted clown mascot, Clifford, she helped promote the Trust, raising lots of money for this charity, which provides Giggle Doctors , who visit children in hospital and make them smile.. Clifford even had his own newsletter, showing his adventures during his year of fun. Besides her amazing Rally, held at Aldwick Court, everyone enjoyed Linda’s Big Top event, with its special guest Giggle Doctor I Spy, with many members getting in to the spirit and dressing as clowns.. 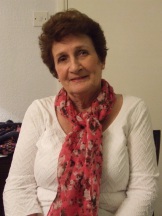 The club’s new President is Anne Parker from Farmborough is not averse to fundraising after holding a coffee morning at her house for MacMillan Nurses. She has chosen the Friends of Young Carers (Bath and North East Somerset) as her charity for the year. Anne says she is feeling a bit apprehensive , but on the whole is looking forward to the coming year. She said: “ I hope that we will enjoy social events and also help to raise awareness of Inner Wheel by supporting the community in what ever way we can.” 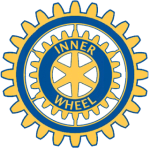 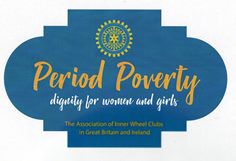